The Problem with Science : from Action Movies to the Real World

A science-fiction author cannot help but follow the sciences as closely as she can, and observe the trends in controversy.

The last trend in climate change denial has come : informed journalists are now telling ecologists to , er… “focus on the real issues” (pollution, smog, loss of natural habitats) instead of global warming. While saying that the Kyoto, Copenhagen and Cancun meetings “were/are a waste of money”, they guide their environmentally-conscious readers to separate the good wheat from the useless chaff.

This thinking presupposes the existence of two separate file drawers: one called “climate” and the other “pollution”,  that cannot be opened at the same time. The same journalist berated environmental associations for exclusively working on GW and ignoring any other concerns. “Now that global warming has stopped sucking all the oxygen out of the room, some of those who care about the planet will turn to other – and more pressing – problems.” (The Globe and Mail)

So, all the time-consuming work about protecting fragile habitats, animal-flora rich wetlands and tropical forests done over the years by environmental associations, and even the very down-to-earth work by local volunteers, are conveniently swept under the rug.

Newsflash: if you worry about the loss of habitats, any climate change will affect those habitats all over the globe. The divided compartment mentality does not reflect reality. This reflex also come from our own cultural expectations.

The problem with science… … is that science does not work like it does in American movies.

In any scientific thriller, the hero or group of scientists investigating a problem identify the cause in about thirty minutes, one hour tops. They find a working solution maybe twenty minutes after, and apply it, or synthesize the remedy, in less than 15 minutes of happy or tense viewing. In a dramatic climax, the world is saved in a nick of time! Even if the movie time frame is formatted, viewers get conditioned to expect “simple solutions, NOW!”

In Armageddon, there was no trouble identifying the rather large and obvious threat. No problem to get all governments acknowledging the threat.  There were some religious apocalyptic manifestations, but there were no groups claiming the coming asteroid is a hoax, no private industries funding “asteroid denial” websites. And the scientists worked seamlessly together to  prepare the solution.

If only the impact of our carbon emissions were that obvious to the naked eye… as are the agricultural landscape changes over two centuries.

In the real world…

Science is not, I repeat, not sexy. Neither fast.

Any research takes years, and scientist are trained in high specialization field. (My own M. Sc. memoir is about the Origin and evolution of two southwestern Quebec black soils* and deals with pollen sampling and reconstitution of the past environments of wetlands. By the way, those southern wetlands areas are shrinking fast).

Each research group work first on their own, publishing their results after a grueling process of checking and a peer review.  Annual conferences see thousands of researchers share and discuss their findings. For a problem of the magnitude of climate change, just getting the world governments to acknowledge the issue, then acting on it, required a staggering amount of work. Even a simple graph like this one needed a lot of data to build upon. 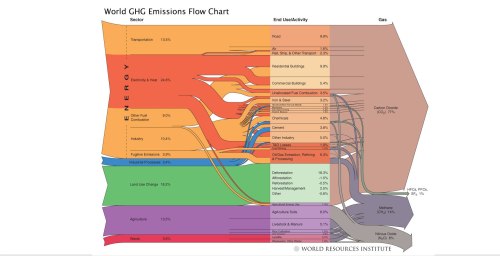 So, no wonder the companies washing their hands from the climate change had a field day cherry-picking small discrepancies, glitches, approximations in the compiled results from more than 3000 researchers, aides, plus the several hundreds of individual studies recording global warming impact since 10 years. The so-called Climategate still makes the rounds on denial sites, even after investigations have cleared the research unit involved.

Few hard-working Janes and Joes can find the free time to check and counter false arguments, whereas millions are funneled to climate change denial websites and front “Institutes” muddying the waters with phony arguments or false rumors no one has time to check out. I once spent three hours to properly and scientifically deconstruct one false argument, but whatever balanced answer I produced was drowned in a sea of simplistic assumptions. Similar attacks on sciences come from the neo-creationists corner. Flat-Earth theory supporting websites (The round planet is an elaborated hoax!) can’t be far behind…

The problem with scientific arguments is that most humans react by emotions, mainly fear, rather than reason, especially when their lifestyle, beliefs and comfort are challenged. (Of course, all the denial websites boast that reason is on their side, and the others are fear-mongering groups with a world-domination agenda…)

A well-known psychological test showed that faced with two choices, either gaining five dollars NOW or waiting two weeks to get 10$, most people chose the the security of having the 5$ bill NOW, and who care for later? Any trade-off between short-term discomfort and long-term advantage has to get a powerful motivation. Like preserving the biosphere.

Anything challenging our present comfort zone is viewed with skepticism. It happen in any field: for instance, the link between smoking and lung cancer has been questioned… by tobacco industry experts.

If climate scientists had presented the problem along those lines:

There wouldn’t be any climate change denial groups. (No more than “round planet hoax” denial sites.)

So, whether you believe in AGW, or simple GW without this horrible guilt-inducing “A” (anthropic), or not at all, let us focus on something else that will bring warm memories. Let’s go back to a time when the dreaded long environmental word was not widely used, when the problem was both obvious and (relatively) simple…

A clue from the past: pollution! We have since 1960 witnessed and document signs of environmental damage, destruction of natural habitats, loss of biodiversity, smog-related health problems, etc. The last 50 years, fossil fuels and car companies were repeatedly warned by the scientific community of the consequences of their gas emissions.

Did they lift a finger?

Did they put accessible electric cars on the market in the 70s to counter the well-known smog? The 80s? The 90s? No. Not because those companies harbor malignant intentions toward the population, but because of inertia and the ever-expanding value of the remaining oil. The dynamics of acid rains

In each of those cases, there was some denial at first, and the concerned citizens had to work harder to raise awareness on those issues. When the companies agreed to some mitigating measures, it was only when pushed to the wall by the consumers and the governments. And, driven by the same economic forces, they put out green lies if they can get away with it.

So, their past behavior about pollution being a clue, the major companies and carbon emitters will not be inclined to cut their profitability or change their ways (except if governments fund their research for greener fuel extraction methods or carbon capture). Instead, they will plunge in their  deep pockets to finance sites leaning their way, for as long as the oil runs. And the oil can run for a long time… if we stretch the resource hard enough.

And a glimpse of a future

There is another advantage for companies to bury their head in the (tar-)sands and “wait out” the crisis.

When the consequences of global warming – along with good ol‘ pollution –  will become un-deniable, when arable lands will be wasted through accelerated nutrient-depletion by over-cropping and desertification processes, along with the political turmoil that will only get worse, with the middle-class crunched under the economic wheel and millions of refugees bounced around… only the powerful will be able to buy their way into the few remaining pockets of untouched land.

In their secluded retreats, they will look upon the desert via their remote cameras, rewriting history. And they will record this fate:

As for the rest of our descendants… Well, at least, there will be no more controversy !

The full reference of my Master’s Memoir:

2 responses to “The Problem with Science : from Action Movies to the Real World”