A Story at the End of the Universe

True to the laws of thermodynamics, the expanding universe keeps cooling down. Now, the last transformed humans linger near the black hole at the center of our Galaxy.

The UnAttached, who count their age in billions of years, feed on the powerful X-ray emissions and rail against Entropy, that selfish cousin who sucks leftover energy. The Attached, recently forced to leave their ruined worlds, live too fast.

As the stars around them wink off one by one like in a dying city, what can they hope for ?

The short-story published in Future SF had received several accolades:

“The hardcore physics fans out there will certainly enjoy this.” –Kat Day, for Tangent Online

My inspiration for this story

My father Jacques- E. Laframboise had a fine telescope, and I recall many summer nights where he would adjust the position with patience, to point at this or that star, or planet. I still have the 1970’s astronomy books he had bought and, with another telescope, I search the skies, when said skies are not obscured by clouds or the luminous pollution of cities.

I always pondered the fate of our (pear-shaped) universe. The heat death of the universe linked to the ever-growing Entropy, does rarely make for an upbeat story, but add the transformed, long-lived remnants of humanity, and a pinch of spicy black energy, a tiny bit of humor, and voila!

I wrote the story in a short form, so it makes for a thin paperback, be warned. However, I allow my readers to share the paperback and give it to someone close, so you commpose your own chain of friendly atoms.

The translation had been done and edited by N. R. M. Roshak, to whom I owe a lot of gratitude. French is my first language, but a growing part of my public understands and read in English.*

Get your own End-of-the-Universe Story!

Fresh from my indie house Echofictions, Cousin Entropy has come out on several platforms. You can even order a paperback on Amazon.ca.

About the the nice cover image: it is a NASA/ESA pic taken by the Hubble Telescope, showing two colliding galaxies nicknamed The Mice, located 300 million light-years away in the constellation Coma Berenices.

The call of adventure -1 : Starship

You read that in every How-to novel writing advice, the call of adventure that the hero or heroine spurns at first… I wish to share this incredible moment when I boarded and rode an experimental hovercraft.

The name of the vehicle was… Starship. Don’t laugh. It was a miniature orange two-person hovercraft, in demonstration at an event organized by my father (a hovercraft specialist) for an aerospace association that do not exist today. A jobless geographer atthe time, I had volunteered to help him with small things. We were in a hangar by the St-Lawrence River, under a gray sky.

One visiting engineer had been invited to test it, but he said he would get drenched (and he was an experienced, gray-haired guy, I suspect he knew what to expect bouncing in a small craft next to the engine, while I didn’t). So, I offered to go instead. I put on a thick and loose and dark wetsuit over my light and elegant September clothes and sat behind the pilot.

The first assault on my senses was the deafening noise of the main engine (see in the pic, right in my back) and the propeller pulling the air down to lift the hovercraft, screaming at one hundred and ten decibels that made even the red composite hull shake. It was impossible to talk, and the earmuffs might have been cotton candy for all the protecting they did.

After the flat concrete, the cold, cold September water of the St-Lawrence River rushed at us, sprayed droplets everywhere. Water seeped through the seams of the wetsuit, enclosing my legs in a moist embrace. The smell of tar and exhaust, the stench of dead fish coming from the posts of the bridge we were passing nearby gave a moldy taste on my tongue. But nothing beat the excitement of flying over the water in an experimetal hovercraft!

The hovercreaft jumped over chopping waves, propelled so fast every bone of my spine and basin was vibrating at the same pace. I grabbed the hull on my sides, not sure the orange lifejacket would be of any use if a sudden swerve shook me off. The craft reached the faraway bridge at piers in less than a minute!

At our dizzying speed bouncing over the wavelets, the air rushed at my face with countless droplets, my carefully combed hair was askew, but I still remember today how exhilarating those five minutes had been!

My grateful thanks for the gallant Starship pilot, who may have retired since the pic ws taken (I didn’t get your name, alas, so say hello if you recognize yourself!) Note how on the pics the pilot did not wear the earmuffs; he probably lent those to me for the test drive.

And kudos to the fellow engineer who took this picture and sent it to my dad, Jacques Laframboise, a few weeks later. We thought you might like this as a little memento of a happy day, he had written, noting the dsate September 23rd, 1987, and a time 2 min 45 sec, which may be the time elapsed in the hovercraft test drive. Alas, that friend didn’t write his name, and my father has flown into the great unknown in 2014.

It had been 34 years, and I still count those three minutes as the most exciting in my life!

Thinking Inside the Box…

My hard-SF short-story has just been published in Issue 7 of Compelling Science Fiction, edited by Joe Stech. I am grateful for the occasion as this is my third publication in the English SF market.

Compelling SF has a very accommodating subscription system, as you can give what you want to sustain the mag. All five stories are available, and you can purchase the back issus on the Kindle Store.

Running at daybreak on August 11, I had the occasion to observe a strange meteorological phenomenon.

I was running on a small side road, making 3 km circuits. The morning mist floated above the hay fields, a large open space. Then the sun rose, and I had the wonderful surprise!  END_OF_DOCUMENT_TOKEN_TO_BE_REPLACED 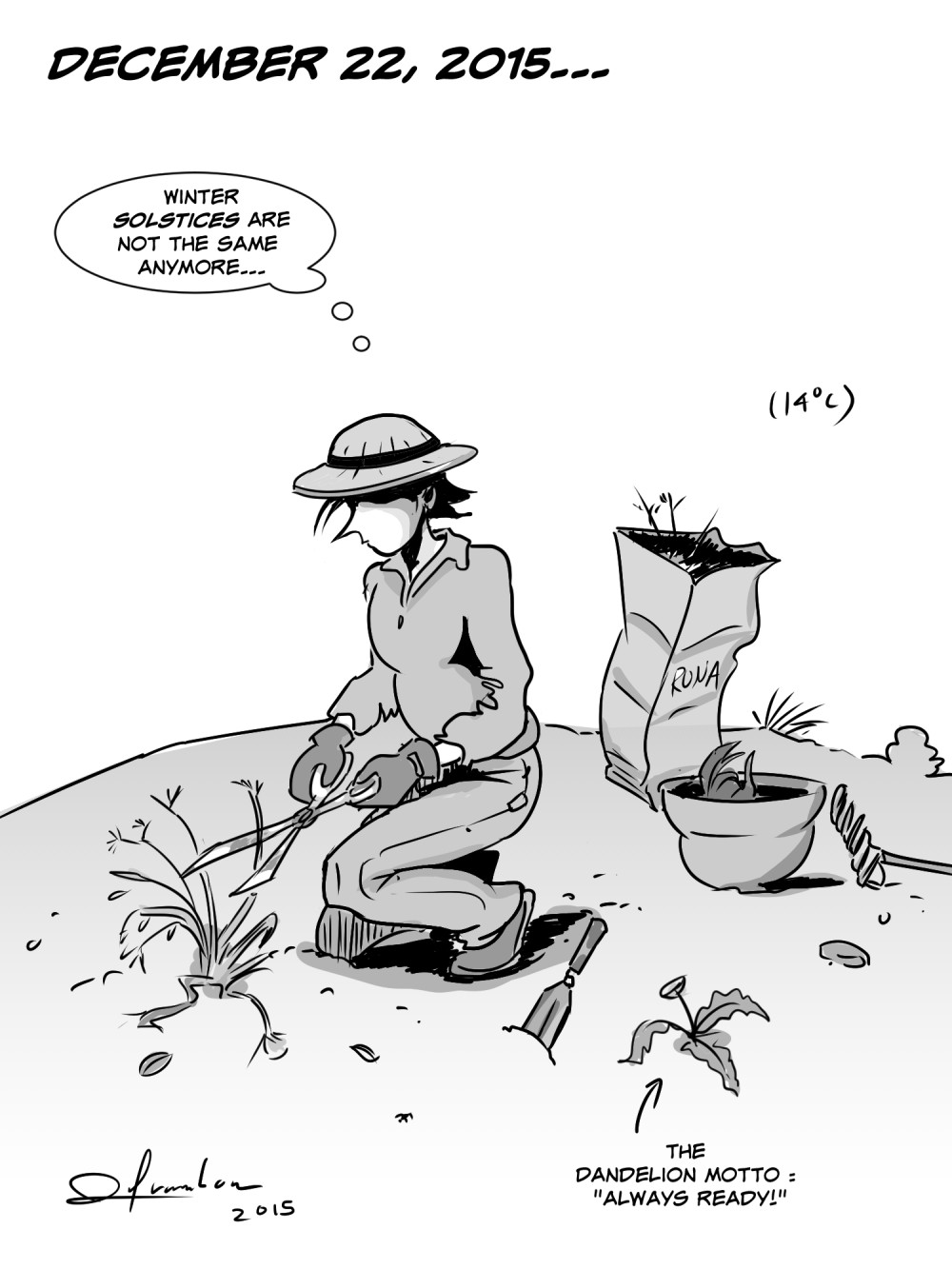 Yes, a heat record for the Toronto area! The winter solstice has changed…

Political Musings : What Do I Want to Conserve?

Personal musings at the end of a long election  campaign.

What do I want to conserve?

Our environment, because without an hospitable planet, there’s no viable economy!

Social diversity as much as biological, guaranteeing humanity’s long-term survival.

Sciences and education, because we will need all the available heads to solve issues born from the past, to face the challenges ahead. (No, there are no piranhas in the St. Lawrence River, but other exotic creepers such as Asian carp threaten these places.)

Public support for the artists, magazines and cultural organizations, for without creativity, without imagination, where are we going?

I need a cultural diffuser as CBC-RadioCanada because no eventual “official organ of the Party” will replace it  A mari usque ad mare. (As a Franco-Ontarian, the CBC is our own French language buoy! )

I am a staunch conservative for human dignity, honesty, and the liberty for women to choose their own path in life.

I want to get back to what is, for me, the original meaning of the word “religion“, reli-connected + ion-all, “to connect all”: building bridges between people, multiplying loaves of bread instead of fences.

(Pluto photographied by LORRI and Ralph instruments on the New Horizons, spacecraft)

Pluto is technically a  dwarf planet since 2006, but it changes nothing to the sense of wonder. Pluto surprised everyone with this heart-shaped geological feature!

Colors are boosted since only a small fraction of our sunlight reaches the Pluto system. The dwarf planet has known activity periods, and this 2000 km wide flaming heart maybe composed of nitrogen ice.

New satellites (Hydra, Nix since 2004,  Kerberos and Styx) added themselves to the larger Charon).

The sense of wonder of those pictures should not make us forget the long years of preparation by NASA astronomers and other teams, the nine-year voyage of the New Horizons craft, travelling more than 5 billions km in spirals to take advantage of the Jupiter sling-shot effect to boost acceleration.

Science, unlike movies where everything goes fast (problem detection,  hypothesis, analysis, solution finding), needs time. Reality is years of painstaking preparation for a few second of scintillating results.  Followed by more months and years of analysis, that may help us to learn more about the solar system origins. The freshly transmitted pictures show impressive mountains and canyons…

To learn more about the 2015 Leap Second:

The International Earth Rotation Service and Reference Systems and the Paris observatory! Yes, it does have a nice SF-ish ring to its name!

And for the “bug”, the network time protocol for clock synchronization between computer systems.

Meddling with physics is still big fun for a SF writer!

Thanks to my hyperboles suppliers Pascal Colpron (eternity), Robin Dumont (hair) and André Lavoie (minus a thousand). The ET visitor comes from a Le Bob original creation.

Matter falling in a black hole get heated up, so much that it emits a stream of X rays. In the panel with the car in space, a Cygnus X1 like binary system is illustrated, a star with a companion black hole.

The mean universe temperature is about 3 Kelvin.  The fossil microwave picture is a courtesy of NASA.

The Universe in a Nutshell by Stephen Hawking was an inspiration for the universe 4-dimensional models. The Hawking radiation is the name given to a black body radiation when a black hole evaporates.

As for the Big Crunch, well, there’s still some time before, if it happens!

Fun at the Signing Table – A Glass of Water

The relation between our recent cold weather spells and global warming involves complex phenomena, the Gulf Stream current among them. For the more eager :

To better understand our irrealists expectations regarding science, conditioned by our “I-want-it-now!” culture: The Problem with Science: from Action Movies to the Real World!

For a innovative use of our fossil resources to mitigate the climate change, see une solution au casse-tête arctique.

For a more higher level paper, about the Gulf Stream, see this abstract of a paper published in 2015 by Jaime B. Palter, from the Department of Atmospheric and Oceanic Sciences of McGill University: The Role of the Gulf Stream in European Climate (Annual Review of Marine Science Vol. 7: 113-137)

The real demonstration will be given by the planet, as soon as the last ice and land glaciers will have melted.